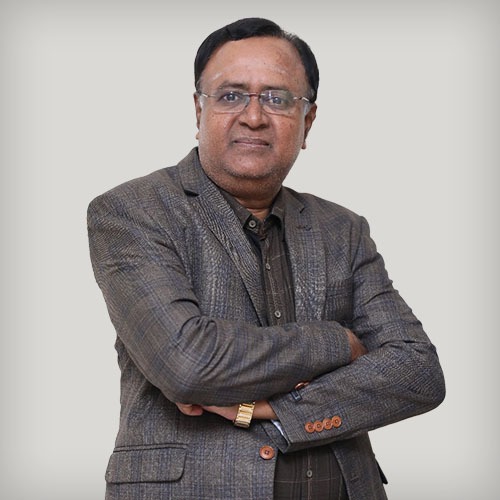 KaveripuramNatrajanRamasamy, is fondly identified by the students as “Prof. KNR. He completed his Masters in the field of Commerce from the renowned University of Madras. He also graduated in bachelorship of Law, from the Madras Law College (presently Dr. Ambedkar Law College). He went on to complete his M.Phil. He added to his crown another jewel by completing Post Graduate Diploma in the field of Personnel Management and Industrial Relations from the Madras School of Social Work.

His faculty experience is more than two decades of service.He has served as a faculty in the renowned Loyola College for more than 15 years. Also He has served in RKM Vivekananada College (Eve) for more than 15 years as a faculty in a department of commerce. He is the faculty member of the prestigious professional institute. ”The Institute of Chartered Accountants of India – SIRC“. He is the Founder – Director of RR ACADEMY(P)LTD which was established in the year 1993 to impart coaching for students of CA/ CWA/CS/CIMA. Now he is heading this Academy and producing All India Ranks with good pass percentage. So far, 210 All India Ranks including 6 times All India 1st Ranks are produced by RR Academy.

He had served as an External Examiner in Loyola Institute of business Administration (LIBA) and in Madras School of Social Work. Recently he has been awarded Doctorate by the Prestigious Bharathiyar University, Coimbatore, in the field of Commerce.

He had participated in various carrier guidance programs throughout Chennai – addressing both 10th Std and 12th Std. Students of various schools, to name a few……